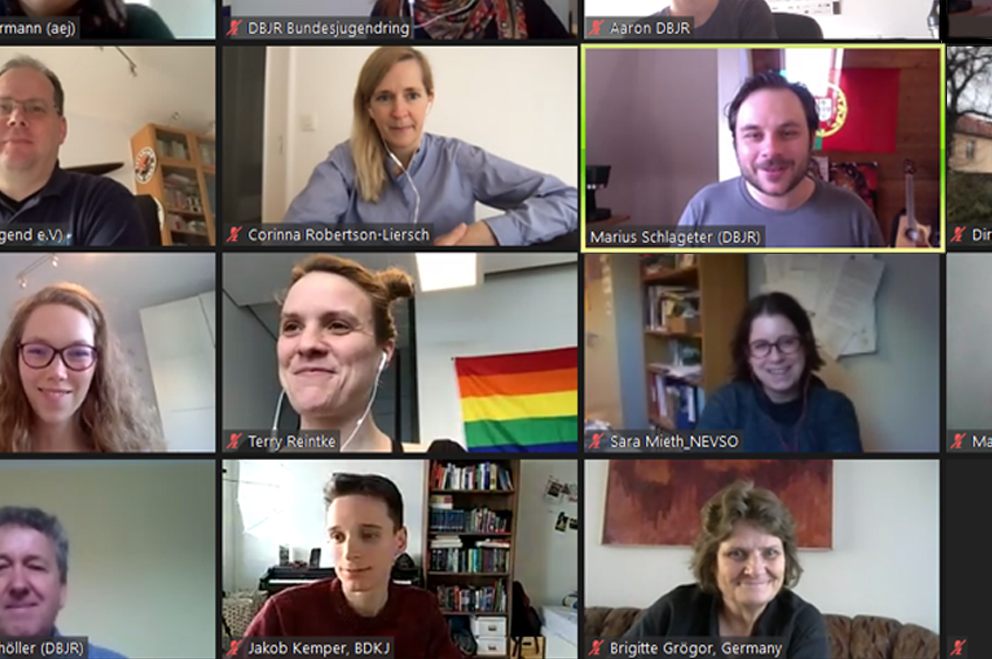 We talked with MEP Terry Reintke about how youth exchange can continue after Brexit. Youth organisations can play a crucial role in facilitating international exchange. However, the right framework conditions need to be created by those politically responsible.

Since leaving the European Union, the United Kingdom is also no longer part of the Erasmus+ exchange program. For the International Youth Exchange, this is a regrettable step backwards. Young people in the UK had overwhelmingly voted to remain in the EU. Study exchanges and youth encounters are also an important part of the European idea. They play a key role in reducing resentment and prejudice and helping Europeans to grow together into a peaceful community.

A group of 141 Members of the European Parliament have written a letter to the European Commission asking it to examine the framework conditions for a continuation of the exchange, at least with Scotland and Wales. Commission President Ursula von der Leyen rejected this in her response. She said that while she regretted London's decision, integration into the Erasmus+ program was only possible for the United Kingdom as a whole.

Now civil society forces are trying to maintain youth exchange. These include youth associations in particular. Together with representatives from our member organizations, we met with Terry Reintke, MEP for the Greens and co-initiator of the open letter to the EU Commission, for a background discussion.

Our board member Marius Schlageter says: "The basic sentiment in the youth associations was unanimous: the UK's exit from the Erasmus+ program poses major challenges for youth exchanges. However, young people on both sides of the English Channel want to continue to make International Youth Exchange possible. The UK remains part of Europe despite the Brexit, and the doors on the mainland remain open."

Terry Reintke has been intensively following the Brexit issue and the negotiations for years and is the initiator of a British Friendship Group in Parliament. In the dialogue with her, it became clear: Erasmus+ is more than an exchange program for students. It also supports youth organizations and European youth work in a multilateral approach. Bilateral programs that focus only on school and university exchanges can now be part of a solution, but they cannot replace the multi-faceted Erasmus+. Nor can bilateral funding structures comprehensively replace the program. In perspective, the UK needs to become part of Erasmus+ again.

A hearing is being planned in the European Parliament to examine the possibilities of a further course of action. This will also deal with the interpretation of the legal texts. In its response, the Commission had pointed out that under current law, regional entities could not participate independently. However, since the regional governments of the United Kingdom have a say in the education sector, this could be a starting point for the initiative of the MEPs around Terry Reintke. The Scottish and Welsh governments have announced that they would like to remain in the program.

Marius Schlageter emphasizes: "We thank Terry Reintke and the other MEPs for their personal commitment on the parliamentary side. Youth organizations support the efforts for a continued exchange and show solidarity with the British civil society. As the German Federal Youth Council, we continue to stand behind the Erasmus+ program together with our member organizations and are actively involved in ensuring that multilateral youth exchanges remain possible."