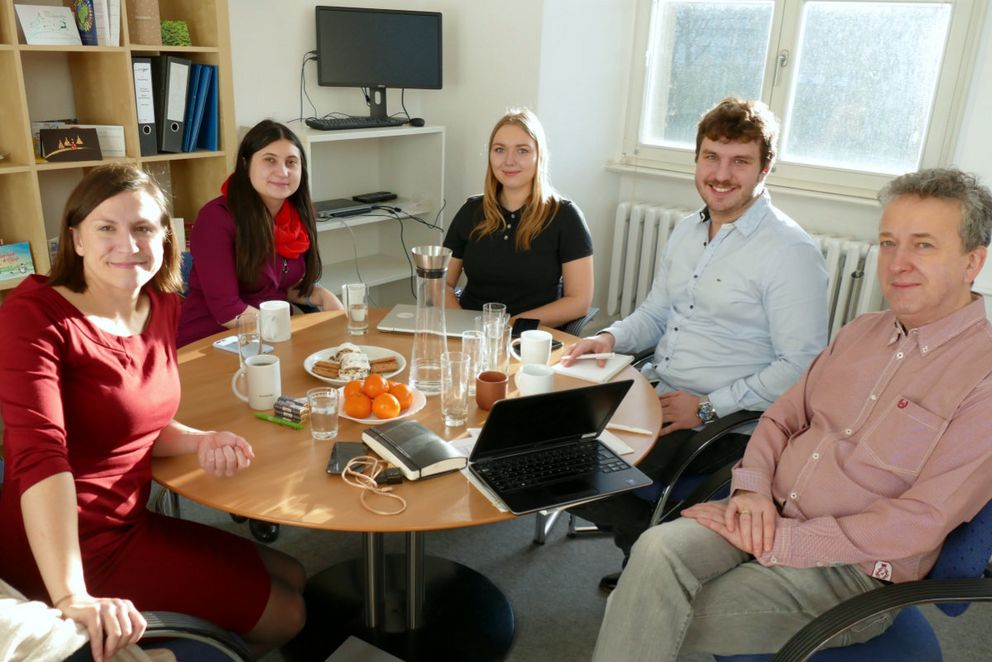 The National Youth Council of Ukraine (NYCU) evaluated a joint project with us. And at a meeting in Berlin we also looked at upcoming activities.

At the end of 2019, the joint project for the establishment of youth council structures in the Uklraine will expire. It has been successful. In recent years, other regional youth councils have been founded and are now members of NYCU. An advocacy toolkit has been developed and is freely available on the web. About 100 youth organisations took part in an online survey of NYCU member organisations, the results are still being evaluated. NYCU member organisations were strengthened with an event called "Advocacy Academy for Youth Rights". The project also made it possible to hold meetings for regional youth organisations (Odessa, Zhytomyr, Lvov, Ivano-Frankivsk, Kiev, Donetsk, Lughansk, Ternopil, Transcarpathia), and there were also constituent meetings (Mykolaiv, Kirovograd, Cherkassy).

At the beginning of November there was the General Assembly of the NYCU, about 120 people took part - among them besides us also the youth councils from Poland, Lithuania, Belarus, Great Britain, Austria and Cyprus, as well as a representative of the Advisory Council of the Council of Europe and a representative of the European Youth Forum. After four years in office, Yana Konoptenko as Secretary General and Andryi Kolobov as Chairman, did not stand for election. Natalia Shevchuk became the new Secretary General and Julian Kritsak of ELSA (European Law Students Organisation) became the new Chair.

At our meeting in Berlin the former chairman and the new secretary general were present to ensure a handover of the successful cooperation. Ideas for 2020 were exchanged - also with a view to including them in activities during the EU Presidency. The common goal for 2020 is full membership of the NYCU in the European Youth Forum, which will be decided in April 2020.