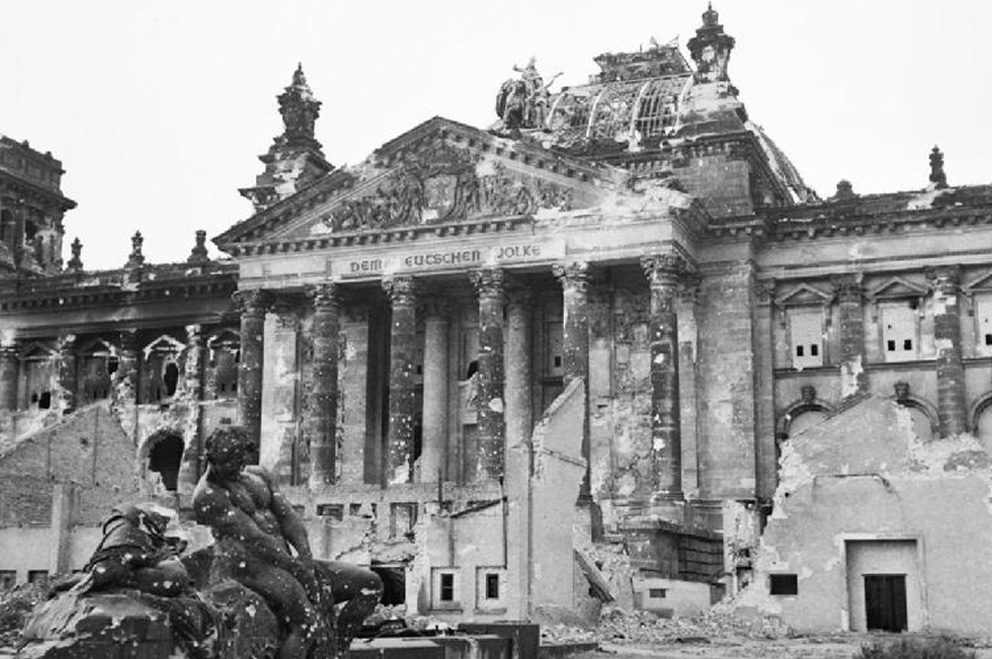 On 8 May 1945 the Second World War ended in Europe. The tyranny of the Nazis was followed by the path to peace and democracy. Civil society plays a major role in ensuring that our society remains open and free.

We remember the origins of the war, which are a warning to us today. Nazi Germany's criminal war of aggression was fed by an inhuman ideology that found mass support. We remember the suffering and destruction that nationalism, militarism, anti-semitism and racism brought about.

The end of the Second World War gave Europe the chance for a new beginning. Tyranny and dictatorship were followed by a move towards democratic states with an open society. In the Federal Republic of Germany, only four years after the end of the war, a constitution was adopted in which the mission to serve world peace was already formulated in the preamble. Together with the fundamental rights and in particular the mandate to protect human dignity, the German constitution is the legal manifestation of a liberal democratic order.

From the commemoration of the end of the Second World War follows responsibility. The constitution is able to contain state power and set the legal framework for the credo "Never again war". In order to keep the promise of a peaceful and free society, however, a strong civil society is also needed. Less than five months after the adoption of the constitution, the German Federal Youth Council was founded. The aim was to create a new perspective for young people in particular - united in diversity. This special moment of the foundation still bears witness to the cooperation within the German Federal Youth Council today: We stand together for peace and freedom, for democracy and solidarity. In our statutes we make it unmistakably clear: "The members of Deutscher Bundesjugendring are committed to freedom and democracy. (...) They appeal to all nations to be a force for peace."

The commemoration of 8 May 1945 is inseparably linked to this mission. Our vision is a world in which children and young people can live without fear of war and persecution. From this follows a special responsibility for us. Remembrance work and commemoration are central aspects of the work of the youth association. Remembrance work makes it possible to make social processes and their possible consequences understandable and comprehensible. It promotes the development of a critical approach to history and politics. The practised remembrance work and the examination of remembrance politics and culture are part of our self-conception as youth organisations.

We observe current trends in Germany and Europe with great concern. A nationalist party is represented in the Bundestag and all state parliaments. Racist and anti-semitic positions are part of the public debate. Democracy and the rule of law are under pressure in Europe. On the territory of the European Union, which has been declared a peace community, there are camps in which people are imprisoned in inhuman conditions.

When the end of the Second World War is celebrated everywhere in Europe today, it is imperative that we reflect on the situation 75 years later. The task, the opportunity, the responsibility is unmistakable. There must be no turning away from the credo "Never again war".

In remembrance
The Board of Deutscher Bundejugendring