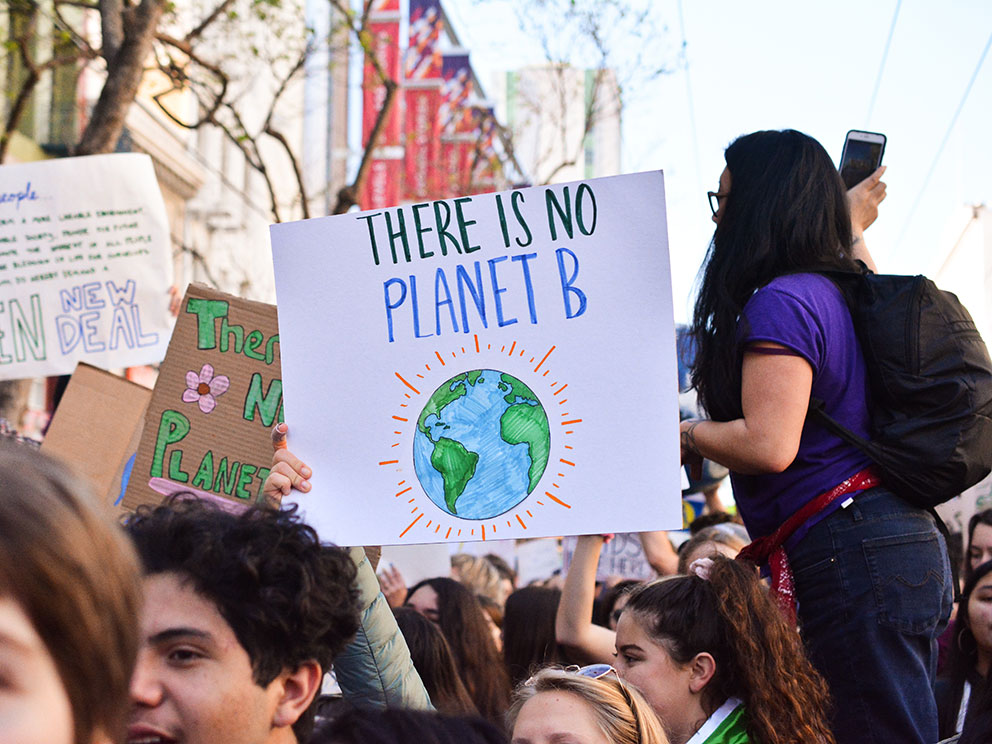 Climate change moves young people, they are active, they get involved in groups or take to the streets. Hundreds of thousands of children and young people have been putting pressure on politics for months in Germany and worldwide through the "Fridays for Future" school strikes. New and remarkable are the forms and the attention of the public. Young people themselves have been interested in climate protection for years. Many young people are therefore very active in youth associations and organisations when it comes to climate policy. Consistent protection and adaptation measures and thus a future worth living for themselves and future generations have been demanding them for decades.

Climate policy is a policy for the future. As in other policy areas, it is imperative to involve young people directly and effectively in political decisions. In the youth associations, politics and administration are available to young people and young adults as contact persons. They represent democratically negotiated positions and are part of structures in which not only the opinions of young people are taken up, but also political processes are jointly prepared and discussed.

As German Federal Youth Council we support the commitment of young people to sustainable politics. As representatives of the younger generation, we demand Climate change must be slowed down immediately. For this reason, youth associations in many places also participate directly and indirectly in the "Fridays for Future" school strikes - through personal participation in the protests, the provision of rooms and meeting places or through the exchange of content.

We criticise the fact that the protest of children and young people is not taken seriously enough. The young generation is denied their necessary expertise. Young people want to and can shape their own future. You take responsibility. They want to get politics to act. Anyone who questions the participation of young people in a democratic state and a democratic society proves a more than questionable understanding of democracy.

The "Fridays for Future" school strikes clearly show that young people are demanding their rights on the streets and are campaigning for more participation and social change. The young generation fulfils its role by protesting: it is uncomfortable and openly presents its own interests and questions to politics and society. "Fridays for Future" stands for self-determination, self-organisation and voluntarism. Because of our values and understanding, we support this form of protest.