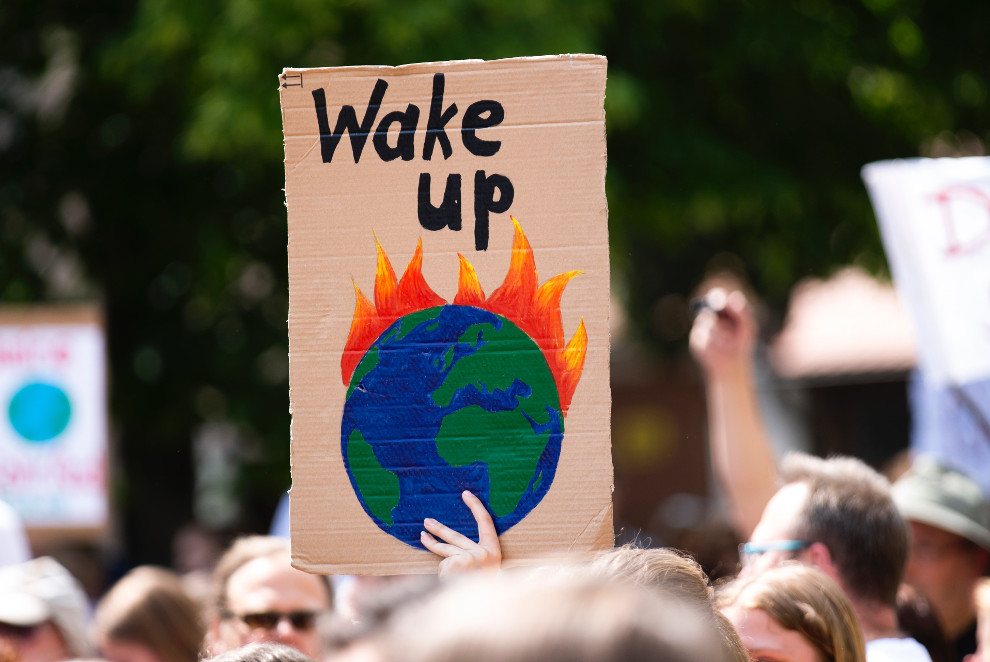 The EU's Green Deal gives cause for hope in climate protection. The results of the World Climate Conference, however, are disappointing in every respect. Nor are the renegotiations of the German government's climate package meeting our expectations.

For over a year now, young people around the world have been striking every Friday for effective climate protection, including many active members of youth associations. This year, millions of people in Germany were on the streets during the climate protection demonstrations. The global youth movement has made a significant contribution to creating public awareness of the climate crisis and has ensured that politicians can no longer get around climate protection measures without facing massive criticism. Various measures have currently been negotiated at the EU summit, the UN climate conference and in the mediation committee of the Bundestag and Bundesrat. We assess these measures differently.

We, the DBJR, consider the climate package presented by the German government to be completely inadequate to adequately limit the climate crisis. In particular, the CO₂ award was set far below a possible steering effect. Now representatives of the federal and state governments have negotiated the climate package in the mediation committee and agreed on more stringent measures. "As active members of youth associations, we are aware of the necessity and opportunity of democratic processes. In this respect, we had high hopes that the representatives of the federal states would be able to sharpen up their climate protection measures," says Wendelin Haag, member of our Board. The newly negotiated CO₂ price of 25 Euro is higher than the previously planned ten Euro per emission certificate. However, the new introductory price does not have a steering effect. "This would only be achieved from 80 to 120 Euro per ton CO₂," says Wendelin Haag. "Unfortunately, the minor improvements that some of the state governments have pushed for cannot decisively sharpen the much too weak measures, especially since the increase in the commuter allowance is counterproductive in this respect".

At European level, the new EU Commission President Ursula von der Leyen presented her European Green Deal. Its goal is to halve the emission of greenhouse gases by EU member states by 2030 and to transform the European economy into a climate-neutral one by 2050. This was also agreed by the heads of state and government at the EU summit. Furthermore, emissions trading is to be extended to the transport and construction sectors.

As DBJR we welcome the European agreement on the urgently needed climate protection policy. "Now a climate protection law and corresponding measures must follow without delay," said our board member Wendelin Haag. "In order to limit global warming to 1.5 degrees, further efforts are also required. This requires a reduction of more than 60 percent of CO₂ emissions by 2030." However, it remains clear to us that this is still the case: A clean energy turnaround of the continent can only be achieved by a consistent and final abandonment of nuclear power.

After 14 days of negotiations, the 25th UN Climate Change Conference has come to an end. Among the 26,000 participants were many young people from all over the world. Active participants from several DBJR member organisations were also present. They arrived in the expectation that the states would commit themselves to more ambitious climate goals. In addition, the rules of the Paris Agreement were to be completed. The states should determine how they can work together to achieve the climate targets and how countries that are particularly affected by global warming can be supported.

In the end, there was no agreement on these main objectives. The states only need to consider stronger climate protection targets. The further negotiations were postponed to the next climate conference, only a waxy minimum consensus is recorded in the final document. "We are not satisfied. The agreement that has been adopted is not sufficient to enable us to face the climate crisis with the necessary urgency," concluded Chile's Environment Minister Carolina Schmidt, the conference president. Our board member Wendelin Haag agrees with this: "We as a young generation are bitterly disappointed and stunned by how irresponsibly some heads of government have negotiated and are apparently prepared to gamble away our future for their domestic political purposes. However, we do not let this discourage us, but are now even more committed to slowing down climate change immediately."