The eco-social city for all young people! 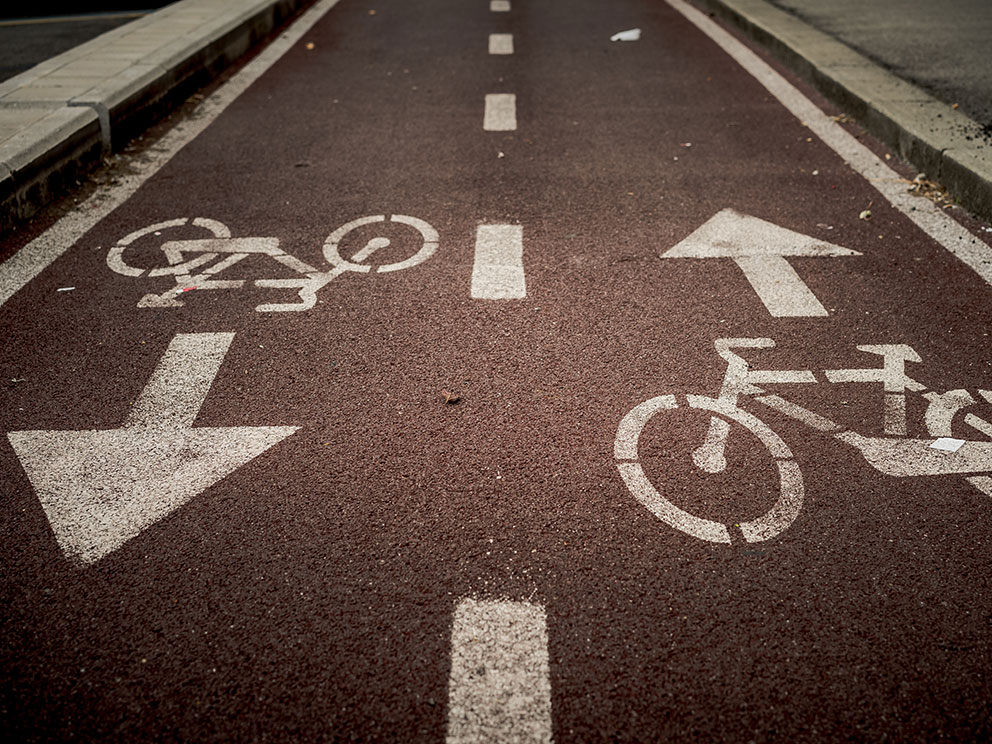 On October 25-27, 2019, the DBJR General Assembly adopted the position "The eco-social city for all young people!".

Life in the city has been attractive in Germany for years, and urbanisation processes are continuing in large parts of the country. The resulting pressure for growth and consolidation is causing massive changes in the cities. The needs of children and young people are hardly taken into account when setting the course for the future of the city. There is no decision-relevant, direct participation in urban planning and development measures. Moreover, children and young people are not allowed to vote for politicians who decide on urban development, nor are they involved in the few existing participation procedures as a group with special interests. But young people in particular still have to live for a long time in the cities that others design for them today.

The cities that use them!

Children and young people want to have a say in the decisions that affect their lives and their future, as the Fridays for Future protests last year impressively demonstrated. They need green and open spaces to meet to play or pass the time, to elude their parents' control for a while and to try themselves out. They are dependent on non-commercialised open spaces for free use. In order to access them, they need mobility and transport infrastructure that will enable them to access their cities regardless of the socio-economic situation of their parents. Attractive places must be easily and safely accessible even without a car. Children and young people have a say in the development of their cities. It is not enough to provide youth parliaments with fictitious rights or to plan playgrounds and youth centres for large construction projects.

The anchoring of effective youth participation at local level.

Youth participation in local political decisions introduces children and young people to important political processes. Despite their theoretical potential, youth parliaments are in practice ways of sham participation. Such structures not only damage sustainable urban development that is close to citizens but also promote disenchantment with politics and frustration. Children and young people can be trusted and expected to have a say not only in the colour of the climbing scaffolds on the nearest playground, but also in urban land-use planning and traffic concepts at their place of residence. Experiences of self-efficacy at a young age can also make a positive contribution to breaking through poverty loops beyond the citizen internal argument. Recent studies show that children and young people who learn that their own actions can bring about change are less likely to repeat their parents' poverty biographies[1]. But not least for reasons of intergenerational justice, political decisions that have a lasting influence on the reality of life for young generations cannot be made without them.

The DBJR therefore calls for the nationwide establishment of effective child and youth participation in all county-free cities and municipalities. Young people and their associations must be equipped with effective participation instruments. They must also be enabled to position themselves on all issues relevant to local politics - regardless of whether these affect children and young people acutely or not. To this end, on the one hand, their effective power must be expanded and, on the other hand, pedagogical offers for the age- and demand-oriented introduction of children and young people to local political processes must be promoted. The youth councils and youth associations, with their many years of experience in participation processes, can make a considerable contribution here and must therefore be involved in establishing effective structures. The concrete design of these structures will be developed in a process starting in autumn 2020.

The introduction of the Youth Check at municipal level

The Youth Check has proved its worth at federal level as an instrument for assessing the consequences of legislation in relation to the youth phase of life. Even though the Youth Check cannot (yet) avoid the negative impact of parliamentary decisions on young people, it is a valuable orientation and awareness-raising aid for policies suitable for children and young people. It also became apparent that policies affecting young people, in the sense of an independent youth policy, are not made exclusively by the Federal Ministry for Family Affairs, Senior Citizens, Women and Youth (BMFSFJ). On the contrary, draft laws and ordinances from all ministries can have[2]specific effects on children and adolescents.

The DBJR therefore calls on the municipalities to implement comparable model projects at the municipal level, analogous to the Youth Check at the federal level. It is precisely where political action has a direct impact through its proximity to those affected that the Youth Check can help to ensure that the circumstances of childhood and adolescence are taken into account more appropriately in decision-making processes and thus contribute overall to a child-friendly and youth-oriented policy at local level.

Similarly, meaningful cooperation with existing structures such as the Youth Welfare Committee is necessary. If the Youth Check proves specific effects of the political decision on young people, it is mandatory to provide for the participation of young people in accordance with the respective local regulations.

Experiences of nature are an integral part of children's development - also and especially in cities. Nature also creates local connectedness and an awareness for one's own position in the world through dealing with the living. Children and adolescents appreciate playing in the constantly changing nature, which nevertheless offers many constants. In addition, unplanned open spaces offer special opportunities for creative work by and with young people and are alternative places for children and young people to spend their leisure time. The experience educational character of open spaces can therefore also have a special attraction for cultural or sporting activities. Young people can acquire and design the unspoiled spaces and thus make them usable according to their individual needs and interests. Again and again, studies show that unplanned urban areas such as wastelands, unused railway embankments or ruins are used much more intensively by children and young people than playgrounds. But also urban nature experience areas (NER) are an ideal possibility to combine urban nature conservation and urban life. These are public open spaces in the living environment that are largely left to their natural development, as large as possible, where children can play freely and without artificial play equipment. Nature experience spaces show by way of example that where children and young people can play freely and make their own decisions, they continuously change their social space and adapt it to their needs.

The youth associations want to take climate protection seriously. According to a study by ETH Zurich, global warming in Berlin could be as low as 1.4 degrees Celsius by 2050, with a climate similar to that in Canberra, Australia, today[3]. Green retreats in cities - these include brownfields, ruins, parks, allotments, city forests and NERs - make an extremely positive contribution to maintaining the urban climate and are thus much more than just potential building land. In hot summers they act as cold accumulators and provide wind. They are thus in a position to at least partially cushion impending climate changes.

The DBJR therefore calls on municipalities to take into account the value of green spaces for the psychosocial development of children and young people, the health of urban dwellers and the urban climate in general. In concrete terms, this means the inclusion of brownfields as an open space category in the Building Code, the comprehensive protection of existing urban green areas such as allotments, city forests and parks and the construction of green axes in central city locations. In addition, the DBJR calls for a general obligation to examine post-compaction options before sealing existing green areas. In addition, the DBJR supports the demand of the Foundation for Nature Conservation and others for the anchoring of nature experience areas as open space categories in the Building Code and for the establishment and operation of at least one nature experience area of at least 1 hectare per city or district in larger cities.

Developing safe and free mobility for children and young people

Cities are spaces of encounter, exchange and shared experiences. However, attractive leisure and recreational activities are not evenly distributed in cities. In order to be able to use the full potential of the cities, children and young people are dependent on being able to move around in the city at any time and without restrictions. However, the current autocentric urban planning only provides minors with limited and often cost- and time-intensive mobility opportunities in urban areas[4]. The ever-increasing volume of traffic poses a growing risk, especially for children and adolescents riding bicycles. Berlin has already taken a step in the right direction with its initiative for the free use of public transport for all pupils and the development of a safe bicycle infrastructure. The commitment of those responsible in the municipalities must not, however, be exhausted. Therefore, the DBJR:

Exposure to noise, dirt, exhaust fumes and other harmful factors in cities is not equally distributed everywhere. Rather, the burden often decreases with increasing income. Cities were conceived early on in such a way that low-income districts were remote from industrial locations. Even today, low-income families in cities are therefore often exposed to double health burdens: they can hardly afford the mobility that would be necessary for them to participate in society. However, they live in the districts with the highest traffic load[5]. The distribution of urban greenery also frequently reflects the income situation of city dwellers, which further exacerbates the health burden for residents of low-income city locations.

Children and adolescents have no influence on the socio-economic situation of their parents, let alone they can choose their place of residence themselves. However, all children and adolescents have the same right to physical integrity and healthy adolescence, regardless of their parents' income or social status. We therefore call on local authorities to pay particular attention to health issues in low-income neighbourhoods in urban development and planning projects. In concrete terms, this means relieving traffic congestion in low-income neighbourhoods, the expansion of pollutant-free and cost-free mobility services in these very neighbourhoods, and the increased development and maintenance of green spaces and nature experience areas in urban locations with high levels of pollutants - and thus at the same time counteracting the segregation in cities that has been drawn into the millieu process.

The DBJR stands for the right of all city dwellers to self-determination, for environmental justice in the cities, for the preservation and development of green, non-commercialised and self-governing retreats in the cities, as well as for the improvement of biodiversity, climate, health protection and food sovereignty[6] in cities. In short: for a general right to an eco-social city worth living in. In the cities, the course must be set for participatory, sustainable and ecological development and social participation for all must be made possible. Children and young people must have the same right to co-determination as adults.

The resolution was passed unanimously by the General Assembly on 25-27 October 2019 in Berlin.