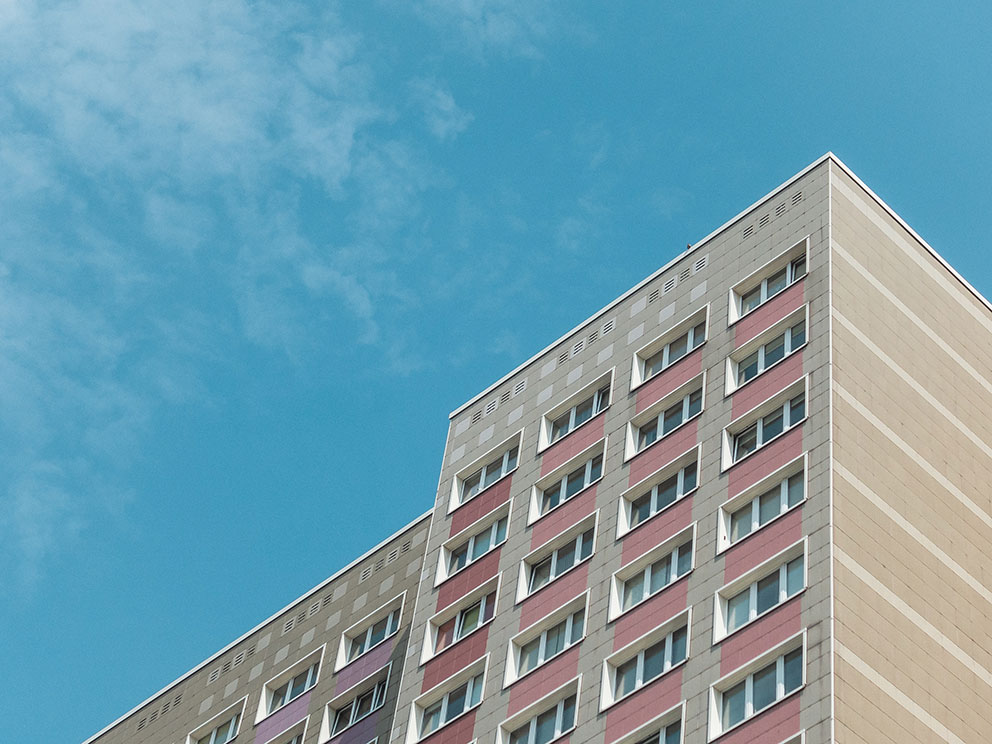 Living is one of people's basic needs. Like water and food, it is an indispensable commodity that enjoys a special status. In contrast to buying groceries in supermarkets, however, providing the population with living space is much more complex. The planning and construction of buildings takes years, amortization takes decades and the location is of particular importance due to its immobility. The situation on the so-called housing market is therefore fundamentally very special and can only be compared to that on other commodity markets to a very limited extent. A differentiation must also be made in the analysis of the problem: not every major city has a housing shortage, just as not every village is affected by vacancies. Although rents in conurbations must be reduced to an appropriate level, the reasons for the massive migration of young people in particular to conurbations and swarm towns must also be addressed.

Young people are among those most affected by housing policy. For her, her departure from her parents' living environment represents a decisive biographical step towards an independent, self-determined life. At the same time, young people usually have a comparatively low income and no home ownership. They are therefore increasingly dependent on a social housing policy. In addition, the majority of training and study places are located in urban areas, where the housing shortage is currently massive and trainees, students* and young professionals* have to move more frequently and are thus repeatedly confronted with housing shortages within a few years. Coupled with structural discrimination, the search for accommodation becomes particularly difficult for young people with non-German names. Last but not least, social differences manifest themselves particularly strongly at a young age.

State intervention to control and balance anti-social developments is therefore necessary and justified, especially from the perspective of young people.

In recent years, the housing issue has become a major focus of public attention. Once again. The measures taken over the past three decades have not been sufficient to provide the population with affordable and adequate housing on a sustainable basis. Therefore, we propose the following measures for a permanent and system-oriented solution of the housing question in the city as well as in the countryside:

Particularly in the conurbations, a housing offer specially tailored to pupils, trainees and students needs to be promoted. They are particularly affected by the increasing financial burden of new rentals due to frequent moves due to internships or stays abroad. At the same time, this fluctuation accelerates the rise in rents.

But even in rural areas, young people would benefit from more places in residential homes. In rural areas, ever greater distances between training companies, vocational schools and places of residence cannot be financed with a low training allowance.

The expansion of a demand-oriented range of places in residential homes geared to the common good would counteract this development in a targeted manner. In the cities, not only young people but also families would benefit greatly from this, as both groups compete for a similar offer: larger apartments with several separate rooms. Rural areas could thus become more exciting for young people by better reconciling living space and training opportunities. Nevertheless, the tenancy agreements of the halls of residence for trainees and students must not end after the end of the normal period of training or study, but must be uncoupled from this criterion.

In order to ensure that the administration and price development of the dormitories for trainees and students can be guaranteed in the interests of the users, they should be structured in such a way that they guarantee the democratic participation of students and trainees.

Even in 2019, more social housing in the Federal Republic of Germany will disappear than new housing is created. There is a massive lack of housing with social ties. Experts call for the stock to be increased to at least 2 million by 2030.[1]

Following the important social policy resolutions of the DBJR of 2013[2] and 2018[3] that young beneficiaries in the ALG II scheme may not be denied the right to move out of their parental home, the need for social housing continues to increase. You're right. Young people on their way to a self-determined life must not become victims of a misguided housing policy.

The past few years have shown that the rent brake has had little effect. The last tightening was already a step in the right direction, but it still has to go further.
The additional costs for a furnished flat or a furnished room must be broken down transparently in the rental agreement with the corresponding receipts.

Without exception, the landlords' obligation to provide information about the previous rental amount must be automatic and no longer on request.

The penalty for exceeding the local comparative rent must be increased and the assessment period of the comparative rent extended. In addition, all new and existing rents must be included in the survey. Thus not only the last years with the beginning overheating of the so-called housing market flow into the calculation, but also the still more moderate years.

Furthermore, the scope of the rent brake must be extended to the whole of Germany in order to guarantee this form of internal protection for tenants throughout the country.

Developments in recent years have shown that the sale of municipal property such as housing stock or energy suppliers rarely had the hoped-for effects: falling costs and higher investments by the private sector. Instead, the costs increased through profit maximization and the municipalities lost significant influence on local development.

In order not to further reduce the scope for exerting influence on the so-called housing market, municipal housing companies may no longer be sold or large portfolios of municipal holdings may no longer be sold. At the same time, in the sense of a broad-based re-municipalisation, housing stock must regain public ownership. In addition, it must itself again act as the building owner and receive the funds to support locally targeted public-interest actors.

Reintroducing the non-profit status of housing

Until 1989, housing companies, just like an association, were able to achieve non-profit status. They thus benefited from extensive tax concessions, but on the other hand also had to comply with special conditions. This possibility was abolished by the 1990 tax reform, which today turns out to be a big mistake. The additional tax revenues generated are disproportionate to the reduced influence of the municipalities on the housing market. The foundation was thus removed from the non-profit housing companies that had existed for decades. Numerous municipal housing companies have been privatised or, despite good promises, have adapted over the years to the rules of the market.

The reintroduction of non-profit status for housing companies therefore means creating a long-term supply of housing that does not follow the price developments of the so-called housing market one-to-one. On the one hand, this requires companies to be exempted from certain burdens, such as corporation tax, company tax, wealth tax and trade tax. On the other hand, they must commit themselves to cost recovery rent, reinvestment in existing or new buildings, and to capping the yield distribution. Especially dormitories for pupils, trainees and students run by the public sector could benefit from this possibility.

The Federal Republic of Germany is a country of tenants. This is the dominant housing situation, especially in large cities. This has many advantages, especially for young people who tend to change their place of residence more often. In recent years, however, more and more landlords have made use of the possibility of termination through apparent personal requirements to force tenants to move out and then rent the apartment out at a higher price. It is essential to put a stop to this procedure.

Two large categories in the promotion policy for apartments in the Federal Republic of Germany are subject and object promotion. In the first case, the individual person is directly supported with a housing subsidy, which ensures a high degree of target security. However, no new flats are built in this way, as only the income of the landlord is secured. However, there are direct incentives for the construction of new housing in the form of property subsidies, which promote the production of housing, for example with low-interest loans.
Therefore, for a sustainable investment of taxpayers' money, there must be a long-term increase in object promotion and subject promotion must decrease. In fact, a redistribution from bottom to top has taken place in recent years via subject promotion: Tax revenues and income flow directly to the owners of existing properties. By focussing on the promotion of properties, combined with prioritising public-interest actors in the allocation of subsidies, affordable housing for all people can be created again in the long term. Young people would benefit directly from the support of dormitories, but also from the increased share of social housing.

Adopted unanimously with one abstention by the Main Committee in Berlin on 11 December 2019.