Full solidarity with protesters in Iran 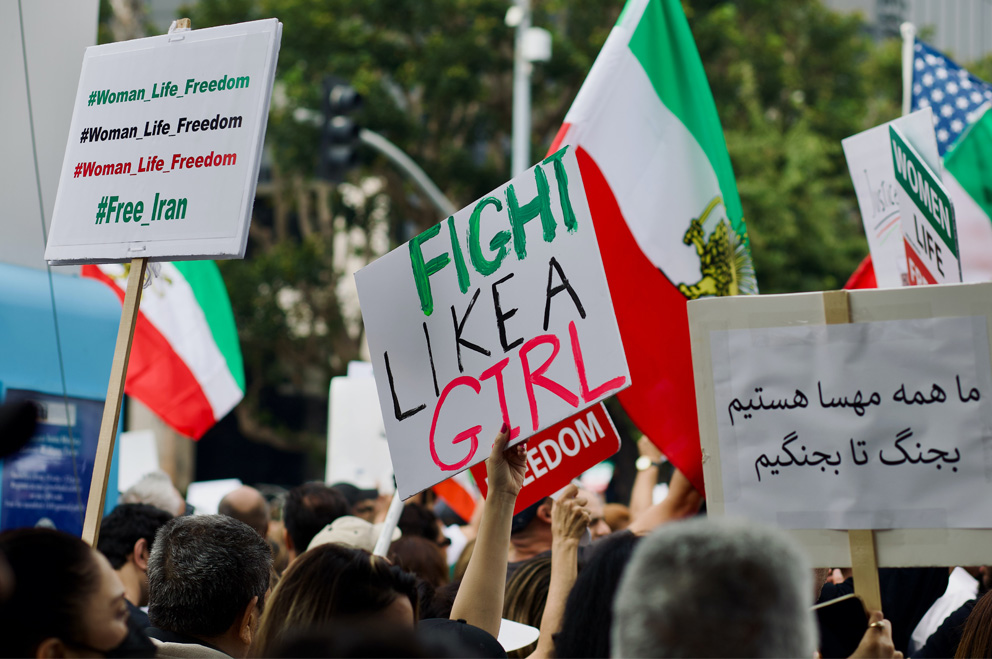 In mid-September, Jîna (Mahsa) Amini, a young Kurdish woman, died in Iran after being arrested and mistreated by the morality police. This has since led to ongoing protests in the country. The German Federal Youth Council (Bundesjugendring) stands in full solidarity with the protesters in Iran.

People are protesting because they are fighting for their future and oppose the regime of the Islamic Republic of Iran, which restricts people's freedoms and oppresses minorities. Above all, it is women and young people who are leading the protests. For weeks, they have been fighting for change in their country and have even brought about large-scale strikes.

Women in particular are fighting for their freedom of choice and speech, in other words, their self-determination. "These brave and strong women are finding creative ways to stand up for their freedom, which is totally admirable," says Daniela Hottenbacher, Bundesjugendring board member. Images and videos are going around the world of young women dancing in the streets without headscarves in protest. These are strong and important images, but the situation is a much more serious and threatening one.

Young people are putting their lives in danger by participating in the protests. They suffer from the enormous pressure and do not want to go back to their everyday life. Especially from the Kurdish and Baluch cities, human rights organizations report a violent crackdown by security forces against the protesters. There are many dead, injured and arrested people. "We must show solidarity", demands Özge Erdoğan, Bundesjugendring board member. "Young people are putting their lives at risk because they won't put up with oppressive conditions."

The Bundesjugendring stands in full solidarity with the protesters and strikers, especially the young women. Their human rights are not negotiable.