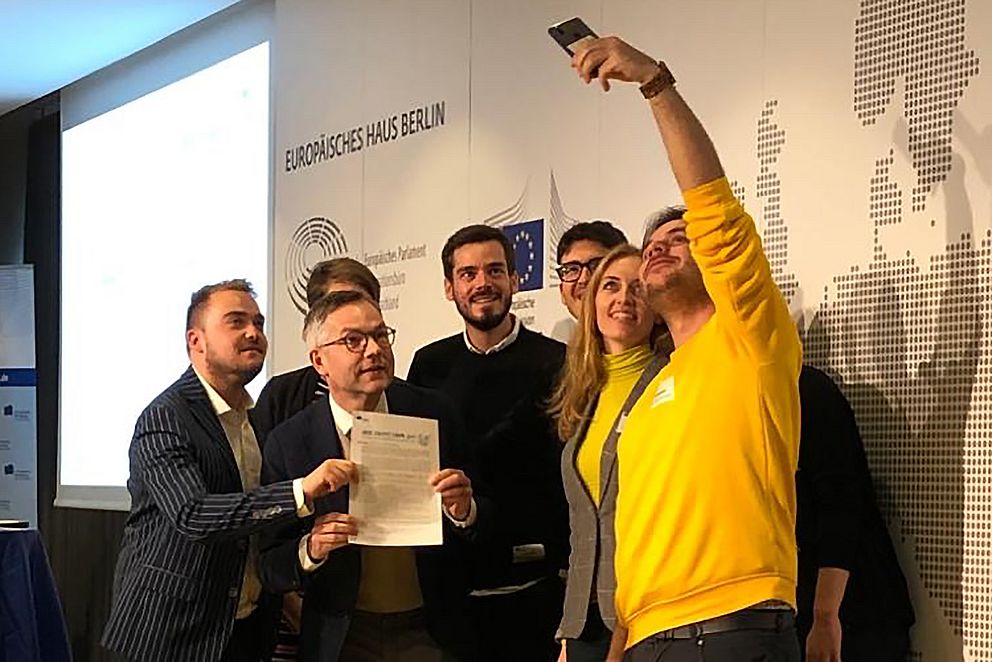 In which Europe do we want to live in 30 years? We have developed answers together with representatives of other youth associations in the network of the European Movement of Germany (EBD).

To mark its 70th anniversary, the EBD worked with us and the youth organisations represented in the EBD, such as JEF, Wirtschaftsjunioren and WWF Jugend, on a vision for the future of Europe. The signal to the federal government and the governments of the member states is clear: Europe needs just as much as the further development of the EU. The participation of democratically organised civil society is central to this process.

The priorities of our work have been incorporated into the text. We have put our finger on open wounds. The areas in which there is currently no progress are youth and social policy and the strengthening of democracy, sustainability and mobility. Europe is increasingly being attacked by nationalist and illiberal forces, which are shaking the EU's foundation of values. The current inability to act in asylum and migration policy is particularly visible. People die every day on the EU's external borders in search of refuge and security.

Our Europe looks different. We youth associations have a vision for a Europe that...

...in which decisions are taken transparently, democratically and on an equal footing between the Council and the European Parliament
...that young people actively participate in shaping
...that invests as much as possible and saves as much as necessary.
...in which there are common, binding measures in social, welfare and employment policy
...in which the internal market is fully integrated
...that lives up to its humanitarian claim
...in which no more resources are consumed than are available
...in which joint learning is possible throughout Europe
...in which people grow up networked in Europe
...which is perceived as a united voice for democracy and peace in the world.

Our Chairman Tobias Köck presented Vision 2049 in the European House and then discussed it with Minister of State for Europe Michael Roth from the Federal Foreign Office and the central associations DGB, BDI, VZBV, Frauenrat and DNR in the EMCDDA network. Tobias Köck stresses: "It was an exciting process to consider together under which conditions the current inability to act will be overcome in 30 years. In particular, it was important that the umbrella organisations welcomed the vision positively and agreed in principle that the Federal Government must now make more and better European policy in accordance with its chapter on Europe in the coalition agreement". The vision is now there. Now is the time to set the course for the future.

The vision was developed in just two months, supported by constructive cooperation between the youth associations represented in the EMCDDA. We want to build on this cooperation. Especially at the "Conference on the Future of Europe" proposed by EU Commission President Ursula von der Leyen, which is to take place in the next two years, we see the opportunity and responsibility to contribute the vision and insist on its implementation.

Our board member Marius Schlageter commented: "The participation of civil society is crucial for the further development of the European Union. We have demonstrated this with our Europe Vision 2049. We must now build on this at the conference on the future of Europe".

The complete vision of Europe 2049 can be found here.