Youth is important for a democratic Europe 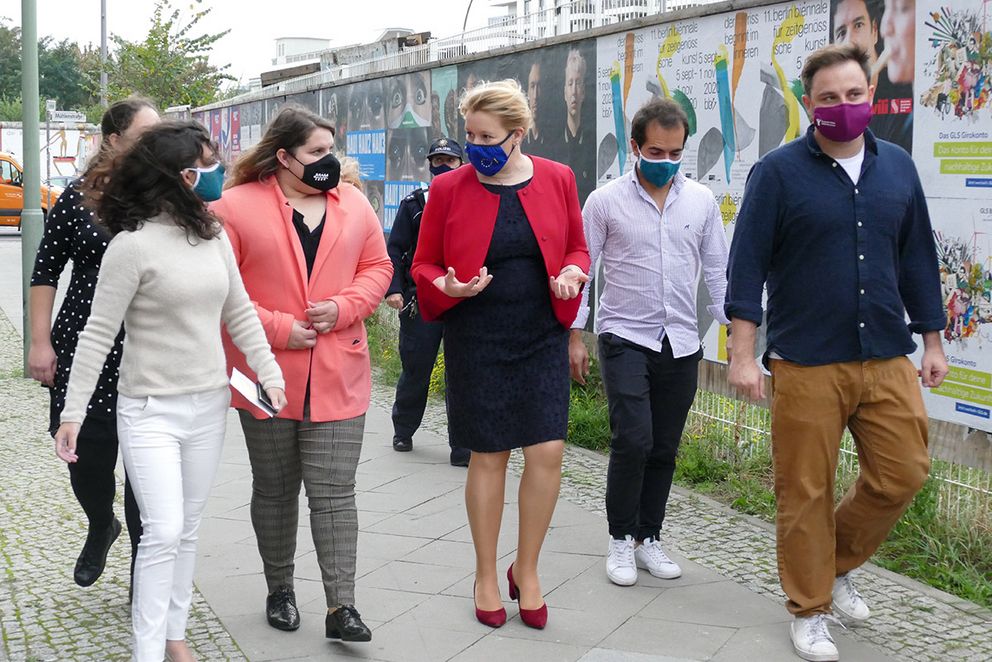 On behalf of the Federal Government, Chancellor Angela Merkel welcomed the about 150 participants from the EU - by video, as the conference is being organised digitally because of the Covid19-pandemic. As President-in-Office of the Council of the EU, the Chancellor made it clear that the participation of young people is desired and supported, for example through the EU Youth Dialogue and the EU Youth Conferences.

EU Commission President Ursula von der Leyen said: "We can now pave the way to a greener future, a more digital future and a more democratic Europe. And for this we need you above all - the young people". She paid tribute to the fact that young people throughout Europe have shown infinite solidarity and initiative in this severe crisis. And she promised: "Your generation embodies the European spirit in word and deed. The Commission is on your side".

Federal Minister for Youth Franziska Giffey was delighted to host the conference - together with us. She stressed the importance of Youth Goal #9 (Spaces and Participation for All), which is central to the EU Youth Conference and to the trio presidency of Germany, Portugal and Slovenia. "It is about Europe, about democracy, about participation. And about the space young people need to learn and experience democracy and participation," said Franziska Giffey. She was clearly in favour of a voting age at 16 years throughout Europe.

Before the official opening, the Federal Minister for Youth met with our presidents Lisi Maier and Tobias Köck and also with Rita Saias und João Pedro Videira from the National Youth Council in Portugal and Anja Fortuna and Moica Galun from the National Youth Council in Slovenia for a photo op at the East Side Gallery in Berlin. On the way to the conference headquarters in the „Postbahnhof“ location they exchanged views on the importance of the EU Youth Conferences.

After the speeches, Silja Markkula, board member of the European Youth Forum, and our board member Marius Schlageter discussed various topics with the Federal Minister for Youth. "Youth organisations fight for their existence, which makes the participation of young people even more difficult", said Silja Markkula, adding: "Without the realisation of youth rights, participation becomes impossible". Marius Schlageter underlined: "We need a structural integration of young people. We need an infrastructure for this, for example in the EU Youth Dialogue. We need a respectful and self-organised civil society for a strong democracy". The participants of the digital conference also submitted their questions to Franziska Giffey.

The day ended with an outlook. Until October 5th the youth representatives from the EU countries will have plenty of room for discussion: In World Cafés, in dialogue with politicians and at a BarCamp. At the closing of the conference the results will be presented to Federal Minister of Youth Franziska Giffey and government representatives from Portugal and Slovenia.