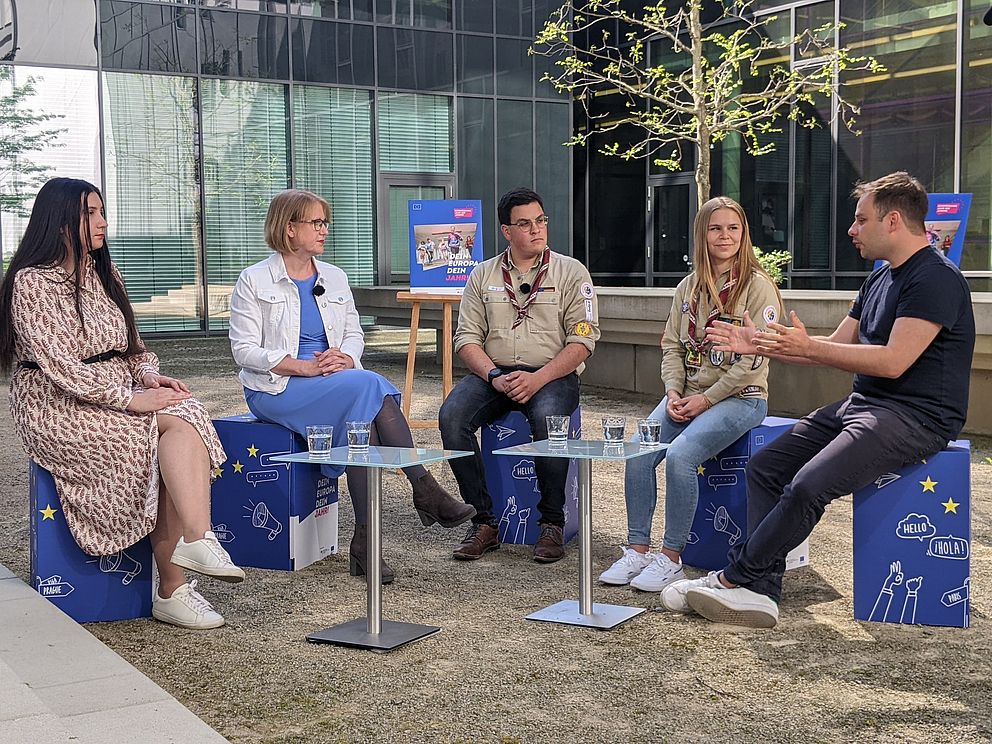 Young people exchanged views with Lisa Paus on the situation of youth in Europe and the current commitment to helping refugees. The German Federal Ministry of Youth had invited to the format on Europe Day.

For the German Federal Youth Council (Bundesjugendring), board member Marius Schlageter brought in the perspective of the youth associations. With regard to the war in Ukraine, he described the great solidarity of the national youth councils in Europe with the people in Ukraine. He said that young civil society quickly organized help internationally. In addition to the extensive support of refugees by activists in youth associations, he said, this also involved support for youth organizations in Ukraine and its neighboring countries.

Natalia Shevchuk, Chair of the Ukrainian Youth Council NYCU, described how youth associations and young people in Ukraine are currently dealing with the war situation while continuing their volunteer work. She stressed that the support of the NYCU by other national youth councils, such as the Polish and the Bundesjugendring, is necessary in order to be able to continue to maintain the structures in the country. Young people in Ukraine should not be left out of the picture.

Also present were the youth representatives Almuth Hilger and Carlos Bretschneider Chillon. They reported on their work as scouts in aid projects in Bavaria and on the Polish-Ukrainian border as examples of the commitment of young civil society.

Lisa Paus was impressed by the personal commitment of the young people. She said it was important to take their views and ideas seriously and to make their voices heard.