Save LIFE! Ensuring sea rescue in the Mediterranean 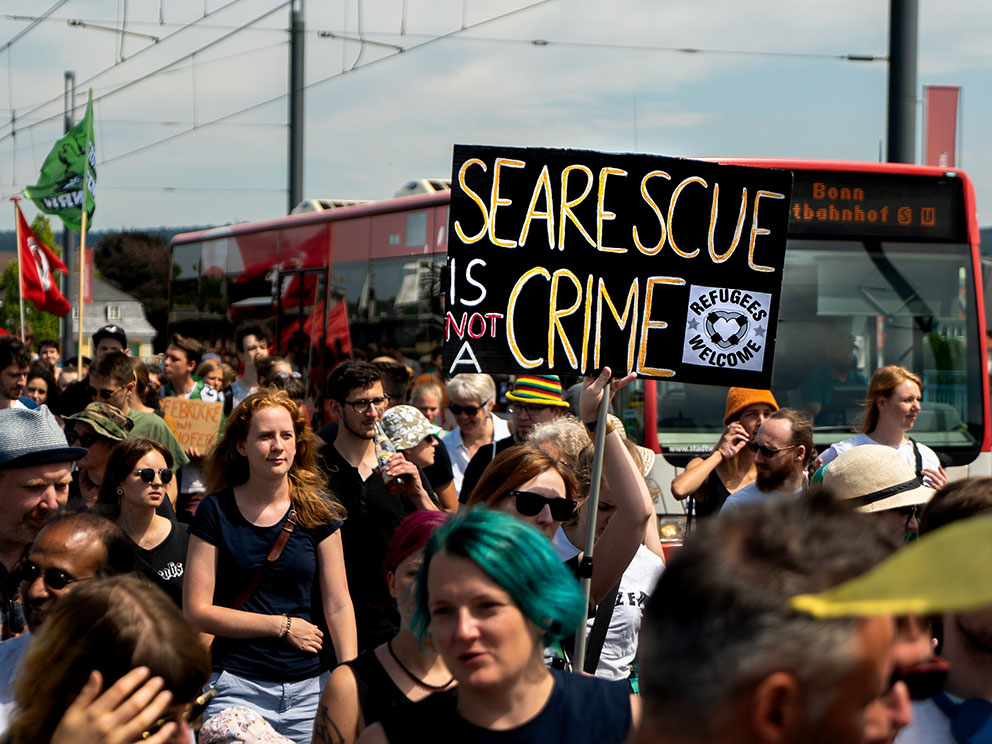 The DBJR General Assembly on 25-27 October 2019 adopted the position "Save LIFE! Ensuring sea rescue in the Mediterranean and finally implementing solidarity-based refugee policy".

The German government and the governments of the member states of the European Union responded to the increasing number of asylum seekers in 2015 and 2016 with a policy of isolation and deterrence, without sustainably eliminating the various causes of flight. They hermetically sealed off the EU's external border and cooperated with authoritarian third countries and dictatorships in order to repel refugees even before they reach the Union's border.

The countries of the European Union, on the other hand, are still watching the ongoing drowning in the Mediterranean Sea. There is no rescue organised by the state.

Non-profit organizations from civil society assume responsibility here to secure the sea rescue chartered in international law and the non-negotiable right to life. Often young Europeans*, using their own health, lead the sea rescue missions to success. The lives of hundreds of thousands of (3) people have been saved so far.

The civilian helpers* are organised in associations, federations or NGOs and are supported by donations, especially from civil society. Also many honorary active persons from the youth federations take part in the rescue missions. Numerous youth associations express their solidarity with the helpers in alliances, demonstrations and decisions.

On the other hand, the state itself lacks support for the civilian rescuers*. Numerous European politicians* and institutions are preventing rescue operations, letting overcrowded ships with rescued persons wait for weeks on the open sea in search of open ports. Although the civil rescue missions are based on international maritime law and humanity, numerous politicians* and media criminalise the helpers*.

The failure of European governments to provide aid is a political scandal!

As a result, the lives of refugees continue to be directly threatened. We must now restore the severely damaged confidence in European values, in particular respect for human dignity, human rights and the rule of law.

As youth associations organised in the German Federal Youth Council, we have always advocated "unrestricted solidarity with people fleeing to Europe". (4) In order to guarantee this, we expect German and European policymakers to finally end the humanitarian catastrophe and to create a solidarity-based and human rights-based refugee policy. That is why we are calling on the Federal Government and the European institutions:

Decided unanimously by the General Assembly on 25-27 October 2019 in Berlin.