After Brexit: Negotiations must continue 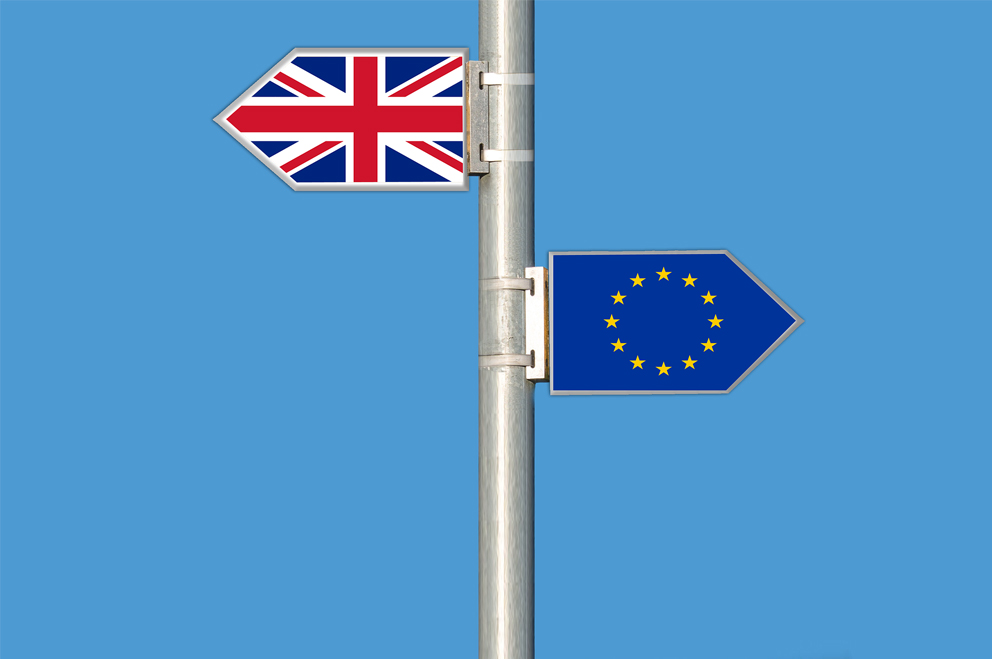 The United Kingdom's withdrawal from the European Union marks the beginning of a new phase of negotiations. A further agreement should not only provide clarity on future trade relations, but also regulate questions of youth exchange or residence rights. In the interests of young people, we have clear demands in this respect.

The completion of Brexit on 31 January 2020 will initially not change much in everyday European life. Rather, the framework conditions for the future are to be negotiated during the transition period. By the end of the year, countless details will have to be clarified in order to prevent a hard exit and the chaos that would follow. For us as German Federal Youth Council it is particularly important that the voices of young people are heard and their needs are taken into account. Our president and board member of the European Movement Germany, Tobias Köck, says: "The basic principles of the EU, freedom of travel, freedom of movement and intensive exchange across national borders are for us the foundation of the most successful peace project of all times. Against this background, Brexit is not only regrettable, it could also have fatal consequences." In order to limit negative effects and to maintain the European idea, constructive cooperation is finally needed. Tobias Köck emphasizes: "It is now up to the negotiating parties to clarify open questions quickly and to establish certainty about the future relationship - in the interests of the citizens and particularly young people for whom Europe is no longer a project but a reality of life.

In concrete terms, this means most notably a further guarantee of the European youth encounter, which is an essential core element of the European peace project. Our board member Marius Schlageter says: "The House of Commons' decision to oppose the obligation to negotiate for full membership of the Erasmus+ programme even after Brexit is devastating and brings with it the danger that the UK will permanently withdraw from the field of encounter and exchange." In the future, only young people from financially better-off families could be able to take part in exchange programmes and go to Great Britain or the EU for studies and training, for example. Such a reality would be intolerable for us. "Participation in exchange programmes must not be a privilege for the wealthy," Marius Schlageter continued. Our demand is therefore: The United Kingdom must remain part of Erasmus+ even after Brexit! The British government must start negotiations on this and the European Commission should be open to them. Additional funds should also be made available to specifically promote exchange of young people between Britain and the EU.

Furthermore, we emphasise that Brexit is not simply a legal process. Behind it are human fates and many unanswered questions. What happens to British people in the EU and what happens to EU citizens living in Britain? These people have been left in uncertainty for a very long time. The current agreement that EU citizens have until the end of the year to apply for a residence permit in the UK does not clarify all the details and does not mean an automatic right to stay. At the same time, many families are also at risk of being torn apart. In particular, the right of unaccompanied minor refugees stranded in the EU to join relatives in the UK remains unclear. We therefore call for a rapid clarification of all open questions - not only on a technical level, but taking into account the people affected.

We also urge that there should be no hard border with Northern Ireland that could encourage an imminent relapse into armed conflict. Through its cohesion policy, the EU has been instrumental in promoting the social and economic development of Northern Ireland, thereby supporting the peace process on the island. Our demand is therefore that every effort must continue to be made to continue the peace process in Ireland. A physical border must not be re-established even when leaving the customs union.

Lastly, we would like to stress that, even after Brexit, the United Kingdom remains part of Europe, part of the European Community. Global challenges such as climate change, extinction of species, flight and migration, social inequality, unfair distribution of resources and securing peace do not stop at national borders. These issues must be addressed in a supranational context. We therefore demand: The door to the EU must not be slammed shut. If one day the United Kingdom wishes to return to the European Union, this plan should be met with complete openness.