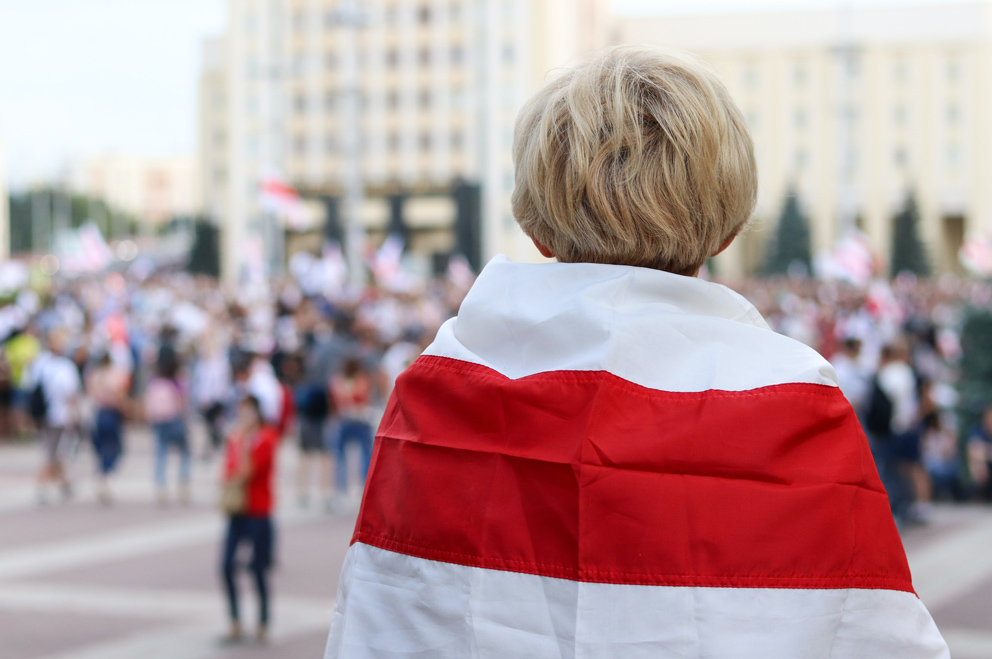 Since the rigged presidential elections more than two years ago, people in Belarus have been protesting against dictator Lukashenko. The regime is taking harsh and repressive action against democratic forces in the country. Almost 1,000 non-governmental organizations and associations have had their registration revoked or their application for registration rejected. The Bundesjugendring's partner youth organization in Belarus, RADA, had to suspend its work in the country last summer. Many members of RADA are now in political exile.

As the latest result of state repression, 27-year-old Marfa Rabkova was sentenced to 15 years in prison. The human rights activist and coordinator of the volunteer service of the Human Rights Center "Viasna" was imprisoned back in September 2020, RADA reports. The sentence is one of the most extensive imposed on activists of public organizations, it said.

"The sentence is clearly politically motivated and a targeted attack on people working for democracy and universal human rights," says Marius Schlageter. "We join the call of the Belarusian Youth Ring and demand the immediate release and termination of all proceedings against Marfa Rabkova."

The Bundesjugendring also shares the appeal to the international community, democratic states and international organizations as well as the United Nations to condemn the proceedings and support the demand for the immediate release of Marfa Rabkova from her politically motivated detention. The German government in particular has a duty here.

The German Federal Youth Council stands in full solidarity with RADA, its member organizations and the democratic opposition in the country. The Bundesjugendring will continue to work together with its European partner organizations for the necessary change towards democracy, freedom and the rule of law.