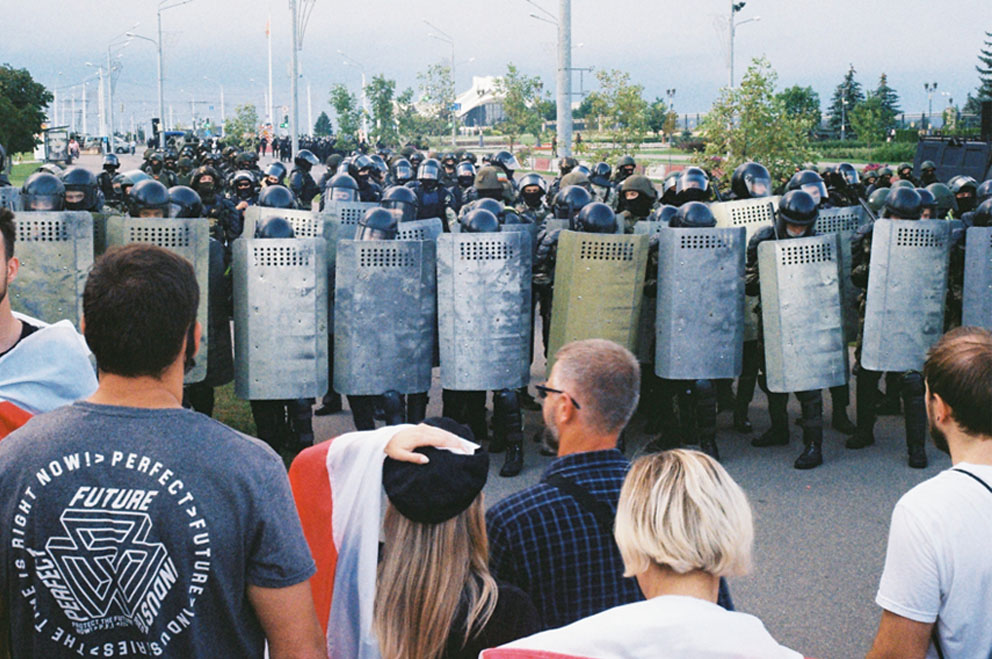 Our partner RADA, the National Youth Council in Belarus, has been forced to suspend its work in the country. The authorities in Belarus continue their crackdown on the opposition and have withdrawn the registration of dozens of non-governmental organizations or have finally rejected their applications for registration, including those of RADA and other youth associations.

We have been working closely and trustfully with RADA for many years, both bilaterally and multilaterally in the European Youth Forum and in the youth structures of the Council of Europe. For dictator Lukashenko, the committed are "terrorists and foreign agents", for us they have been friends and partners for many years, with whom we have been in regular digital contact in recent months and whom many of our member organizations know from joint events.

In mid-July, Alexander Lukashenko declared war on civil society in Belarus from St. Petersburg. In the presence of Russian President Putin, whom he has again asked for economic and financial aid, he threatened to revoke the registration of 1,500 civil society organizations. That is one in two of the total of 3,000 associations and foundations active in the country in the fields of youth, ecology, social affairs, health, culture or politics. Now he is putting his announcement into practice. Associations that do not see themselves as political, such as a hotline for victims of domestic violence, are also affected. Board members of RADA have also already had to leave Belarus in recent weeks.

We are shocked and disappointed by this development, which has already become apparent in recent weeks. The pressure on civil society in Belarus has grown continuously. Tens of thousands of people have been arrested, there are thousands of cases of torture and ill-treatment, and at least five people have been killed. Among others, a RADA board member has been arrested, another board member has been sentenced to two and a half years of house arrest, and the homes of two others have been searched. Family members of RADA volunteers have also been threatened and pressured. Numerous people have been convicted for asserting their right to express their opinions and for standing up for democracy and against arbitrary state power. Fair trials do not exist. Last week, according to our partner organization RADA, there were 577 known political prisoners nationwide.

Many young people had to leave the country at short notice because they were threatened by state organs or had to expect their arrest. Those who have not yet left the country have few options. Russia, which can be reached without a visa, is not a safe country for Belarusian citizens, because Moscow extradites Belarusian citizens to Minsk.

We expect the European Union and the German government to assure the Belarusian civil society of their support. In concrete terms, there is a need for easier entry regulations and scholarships for young people who are not allowed to continue their school or university education. We also expect the EU and the German government to protect those who have had to leave Belarus in recent months and are now openly threatened by President Lukashenko.

We now also see the business community as having a responsibility and an obligation to put its remaining economic relations with state-owned and state-related companies in Belarus to the test, so that the terror against citizens there is not financed with support from the EU.

In addition, we continue to fully support RADA in its demands for the immediate release of all political prisoners, an immediate end to the repression and human rights violations of the illegitimate Lukashenko regime, and for free and democratic elections. Here, too, we demand stronger support for the people in Belarus from the German government as well as from the European Union.

As the German Federal Youth Council we continue to stand in full solidarity with RADA, its member organizations and the democratic opposition in the country. Together with our European partner organizations, we will work hard for the necessary change towards democracy, freedom and the rule of law.