Youth Councils from Belarus and Turkey were guests in Berlin 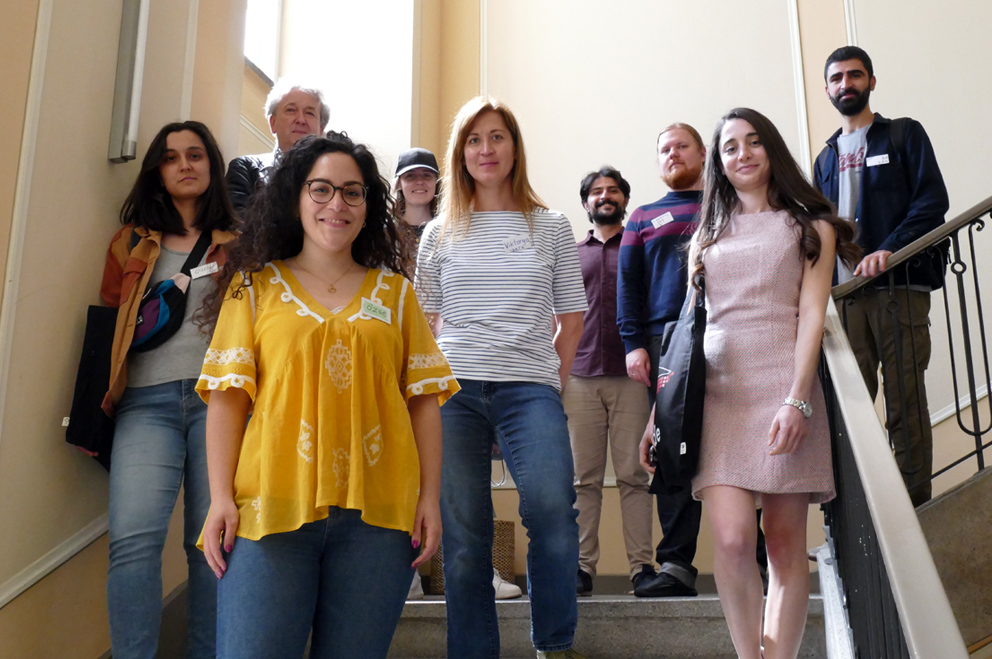 Representatives of the national youth rings from Belarus (RADA) and Turkey (GoFor) visited the German Federal Youth Council (Bundesjugendring). The reason for the study trip was, besides the close partnership, the completion of a joint project.

RADA and GoFor implemented the bilateral project "Civil Society Exchange Partnership Program" until the end of February 2022, which primarily focused on the issue of shrinking spaces for civil society and the support and empowerment of new youth structures. Even though the project has been completed in the meantime, the delegation trip to Berlin planned in it could now take place after postponements due to Covid.

The study trip created a space for intensive cooperation between the youth structures from Belarus, Germany and Turkey and for strengthening the international partnership between the youth associations. In addition, RADA and GoFor participants learned about various structures and practical examples of youth work and effective advocacy.

This included examples of successful outreach in the context of policy advocacy and broadening the understanding of policy making through position papers and discussions with policy makers from parliament, political parties and ministries. The structures of the Bundesjugendring and its work in the field of international youth policy were also discussed.

Another important topic was the work of the Bundesjugendring and its member organizations to counteract shrinking spaces of civil society and participation opportunities for young people. Here, the Bundesjugendring was able to point to concrete successes of its representation of interests: The U18 elections recorded record turnouts. The youth policy positions are perceived in the political and public sphere and taken into account in the coalition agreement of the federal government - not least with the plan to lower the voting age.

In addition to many impulses for national and international youth work, the delegation's agenda included meetings and excursions. In the German Bundestag, talks with young members of parliament from various parliamentary groups were on the agenda: Johannes Schraps (SPD), Johannes Wagner (Bündnis 90/Die Grünen), Falko Mohrs (SPD) and Maximilian Mörseburg (CDU/CSU) reported on parliamentary procedures, ways of influencing political processes and topics of their work.

Representatives of the German Sports Youth (dsj) discussed the extent to which (youth) sports can be political and how young people can use sports to influence politics in their own interests. Using the examples of the Green Youth and the Junge Union, the work and financing of party-based youth organizations was explained. Both organizations also presented their international youth work.

During the visit of the Landesjugendring Mecklenburg-Vorpommern in Greifswald, the delegation of RADA and GoFor got to know the tasks and activities of a Youth Council at the state level. The underlying federal structure is a German peculiarity. Decisive for the representation of interests at the state level are the communication of the state youth councils with the respective state ministries or governments as well as the integration of the municipal youth structures.

At the end of an intensive week, the guests from Belarus and Turkey together with representatives of the Bundesjugendring visited the closing event of the participation project at the Conference on the Future of Europe. In the European House in Berlin, they had the opportunity to discuss with political decision makers.